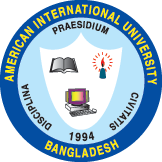 Constraints to Smallholder Credit Investment in the Farm: A Case Study of Coffee Farming in South-Kisii District in Kenya

One way of improving farm productivity among small holders is through provision of credit. But this is only possible if the credit received is actually invested in the farm. In Kenya, available evidence shows that credit is usually diverted away from the farm to alternative uses (Mwabu, 1976; Wanja, 1979; Nyangito, 2001). The investigation whose findings are reported in this paper was motivated by the urge to identify the factors constraining small holder investment of credit in the coffee farm. The data were collected from Majoge Chache Location, South-Kisii district in Kenya. A total of one hundred small holders were interviewed for the period extending from the month of May to September 2001. A list of farmers who had borrowed funds in the year 2000 for investment in the coffee farms was obtained from the Loans Officer based at Ogembo cooperative Union. Systematic sampling procedure was then employed to pick one hundred small holders from the list. Estimated results show that all variables except the price of coffee have the expected signs and all but the household income and the price of coffee are significant at 5 % level. Majority of the sample small holders (64 %) invested less than one-half of the credit received in their coffee farms and only 2 % of the sample farmers invested the entire credit in the farm. The non-farm activity to which most small holders diverted credit is school fees (38 %) followed by house construction (20 %). To minimize the rate of credit diversion away from the coffee farms, the paper proposes sensitization of small holders on the importance of applying inputs in the farms besides making coffee production attractive through better prices and provision of non-farm loans to small holders especially during emergencies.

Change on Corporate Disclosure: The Case of an Emerging Economy

Micro-credit has been found the most important tool for fighting with poverty through development of income generating activities among the poor, who do not qualify for bank loans under the traditional banking system. In 1983, Grameen Bank in Bangladesh revolutionized a new banking concept on the fact that credit is a basic human right; poor people must qualify for credits despite their financial and social status. At present, Grameen Bank, which mainly targets the rural women, is the most successful micro-credit institution in the world. Commercial banks in Bangladesh have also been engaged in micro-credit programs aimed at poverty alleviation. However, their success rates in these programs seem unsatisfactory. The study is intended to identify success factors of Grameen Bank, and assess the micro-credit programs of Bangladeshi commercial banks.

In this study, a brief review on the concept of poverty and approaches to its measurements is given. The variation in concepts reveals the multidimensional nature of poverty. Poverty can be conceived as absolute or relative, as lack of income or failure to attain capabilities. It has been observed that the incidence of poverty in Bangladesh declined by one percentage point per year since 1991-92 to 2000.This impressive performance was fuel by the jump in real GDP in the expanding industrial sector with most notable contribution from the ready-made garment enterprises. This trend in the poverty declination in Bangladesh compares favourably with SAARC countries. But the comparison indicates that the magnitude of poverty estimate in Bangladesh is very high. A possible reason for higher estimates of poverty is given.

South Asian Preferential Trade Agreement (SAPTA) among Bangladesh India, Pakistan, Srilanka, Nepal and Maldives became operational in December 1995. SAPTA mainly focuses on preferential trade within the region and it has notified the WTO to operate as a PTA. Our study is here to become aware about SAPTA since 1995. This study also explores the effects of PTA on Bangladesh economy. The result of this study shows that Bangladesh loses from PTA and gain from unilateral liberalization under both economic and welfare indicators. Recently, some indication of positive relation between Indian and Pakistan would bring economic success for member states including Bangladesh.

University of the Punjab, Pakistan

Corporate Sector in the shape of joint stock companies started with the commercial and industrial revolution in Europe during 16th and 17th Century. Globally there has been a growing interest in sound corporate governance. The author argued that in the SAARC region, a research to develop a comprehensive Code of Corporate Governance in the light of global experiences and carefully considering objective conditions should be taken.

Financial Crisis and the Question of the Demise of East Asian Miracle: A Critical Review

By focusing on the East Asian financial crisis this paper argues that the East Asian economic model regaining its strength contrary to the death throes perception that the model has demised. This paper also argues that the crisis simply suggests that it is time to redefine each of the East Asian economies at the underlying principles in order to ensure them keep pace with increasing changes of the border-less world. The study emphasizes on the pace of recovery in the reality of financial crisis in some selected crisis-stricken countries. Extensive literature and macroeconomic data were used to analyze this issue. Studies prove that the model was and is still one of the best economic models to catch the opportunities of globalization though it shows some deficiencies in facing such challenges. East Asian model of economic development was successful in its first stage catch-up; but to start the second stage catch- up, policy makers of the region need to redefine the model in the reality of a new era emphasizing a balanced role of market and state. So the real challenge for policy makers of this region is not in duplicating the Western model (based on Washington Consensus), but in reforming the existing system to make it more flexible and adjustable to face the challenges of globalization.

Assessment of Technology Climate: A Case of the Economy of Bangladesh

The technological environment or climate is the national setting in which technology-based initiatives are taken. Similar production units in two different countries have not always produced comparable results. A primary reason for this is that the national ‘technology climate’ differs from one country to another. An important aspect of the creation of appropriate climate for technology-based development is the promotion of S&T culture in the country through effective cross-fertilization of technology players. In this light, this paper has made an extensive study on the nature and magnitude of the promotion of a suitable technology climate conducive to the development of productivity leading to growth in the economy of Bangladesh. In doing so, this paper conducted a review of the available measures of S&T assessment and found that empirical possesses serious lacks in scientific estimation procedures. At the end, the study concluded that the economy of Bangladesh could not yet ensure competitive S&T environment and lags far behind not only the East Asian economies but also some developing economies like India.